Fenwick Golf Course is the oldest public course in the State of Connecticut and dates back to 1896. The upper part of the sixth green is the oldest green in the state in it’s original location. So we found a course that was as old as one of our golfing partners – Armchair Piper!

The starter’s shack is located at Hole #1 and we were greeted with a gruff, old sailors salty welcome. The mornings catch must have been underwhelming! When we were finally allowed to step onto these hallowed grounds, the sun disappeared and a black cloud enveloped the course. This is a wide open par 4 that can give a slicer a problem with trees and a hidden house down the right side.

We are going to play this a little out of order because Holes 5, 6, and 7 were the first holes laid out in 1894. Hole #5 is a straight par 4 with another wide fairway. So far the course has been in excellent shape. Straight and wide have been two words that best describe this track.

There is a long mound running the width of the fairway in front of the par 3 sixth hole. A large bunker is hidden to the left of the green that the mounding disguises. The two-tiered green slopes from back to front and as previously mentioned, it is the oldest green in the state.

Hole #7 finally has a little shape as the fairway bends to the left. This is a visual-appealing hole with trees all around; water in the distance; and plenty of bunkers to cause issues.

Holes 2, 3, and 4 were added in 1895. Hole #2 is a par 3 of 147 yards. From the white tees you have a bit of water, along with native grass to clear to reach the putting surface. From Armchair’s tees there are no hazards except bunkers to the left and right of the green. In the gloaming past the green is my new house and the Lynde Point Lighthouse.

Trouble abounds at the par 3 third hole. There’s a big bunker left; a very shaggy and steep decent over the green; and right is no bargain, but at least you have a chance for par over there.

Hole #4 has a wide corridor, but with a really wild slice you might be searching for your ball in South Cove. Like many old courses each hole is given a name. This is aptly named Cove.

It’s now 1896 and time to complete the 9 holes. I know I’ve said it before but Hole #8 is fairly straight-forward with a number of large trees to navigate. At the only par 5 on the course, it was nice to see four balls sitting in the fairway at Hole #9. It doesn’t happen very often!

Rating – Birdie (45 out of 60): As I have mentioned previously this links-style layout can best be described as straight and wide open. That being said, it is not an easy course if you can’t find the fairways and greens. As you walk (and I would walk) this course, you will find outstanding conditioned fairways and greens with views of the Connecticut River, Long Island Sound, and South Cove. There are no amenities here, it is just about good golf and good friends.

We paired golf in Old Saybrook with our stay in Mystic, CT. Around golf we had time to stroll the grounds of Mystic Seaport Museum and take an Argia sailing cruise. For a portion of the cruise we were captained by the famous Tugboat Eddie (a.k.a., Armchair Piper). He guided us home safe and sound! 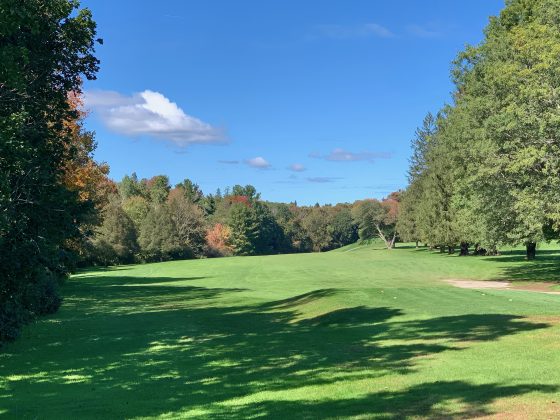 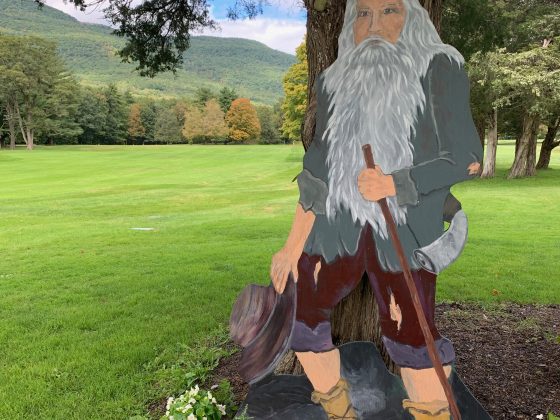 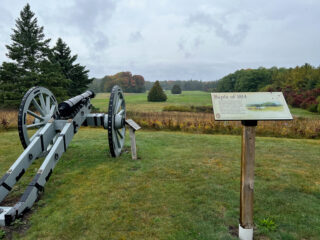 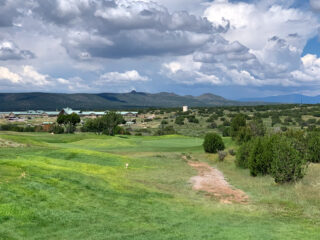 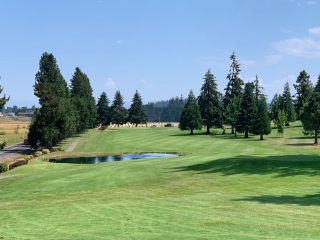 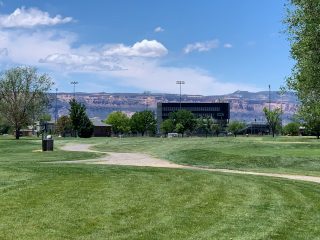