After driving six hours across “no-man’s” land in eastern Oregon, all we wanted to do was to get out and stretch our legs. A 9-hole golf course seemed like a great way to do this. A 9-hole executive course sounded even better to these brain-dead travelers. But a course called Robin Hood with tee boxes named Robin Hood and Maid Marion? Are the marshalls dressed up in tights with feathers in their caps? Well, we were just there to stretch our legs and get some blood circulating again. Robin Hood it is!

If I’m playing a course called Robin Hood, there is no way I’m playing from the forward Maid Marion tees. If I’m going to be golfing through the glen, I’m playing with Robin Hood at the back tees! Hole #1 is a par 3 of 195 yards (from the tips). A wide-open fairway and large green await your tee shot. This was a good choice of courses since nobody was in front or behind us. Nice easy round to help us unwind.

Holes #3 and #4 are the first two par 4’s (of four) and run parallel to each other. Your tee shots will need to find air or they will not fly the creek/swamp in the middle of the fairways. Fairway bunkers (after the swamp) may cause issues for the slicers among us. I pulled my driver on these holes and had no encounter with the swamp.

There are not many bunkers on this course but at the par 3 fifth hole, there is a large one to the right of the green. I stayed left of the bunker but also landed well left of the green. The putting surface is large but is very undulating. Hole #6 is the only one that requires some thought and my mind was still a little groggy. It is a short par 4 (225 yards), dogleg left with a pond guarding the front of the green. This is a fun risk/reward hole. Do I hit a short iron down the fairway or go for the green over the pond? Have you ever driven Highway 20 across eastern Oregon? Now that’s a risk with hardly any towns and even fewer cell towers. We didn’t drive six hours to layup! I pulled my 5-wood and sent my tee shot soaring into the pond. Next I pulled my driver and my tee shot landed softly on the green. It was a satisfying bogey but the eagle would have looked better on the scorecard.

This didn’t have anything to do with the course, I just wanted to write these lyrics for the fun of it!

The Robin Hood Course is a par 31, 9-hole executive course and the smallest of the three tracks that comprise Falcon Crest Golf Club. The Championship 18-hole and the Freedom 9-hole regulation are the other two courses. We’ll be back to play the Freedom course and take in the rest of the facility. We arrived at the course about 5pm, walked right on, and finished in about 1 and 1/2 hours. When we finished, the tee box at #1 was starting to get a little crowded with the after work crowd.

The next day we spent exploring the Boise area. We started with a walk along the Boise River in Ann Morrison Park; followed by a stop at the World Center for Birds of Prey; then a trip downtown to the Idaho State Museum; and ending with a walk around downtown including dinner and a stroll to the State Capitol Building. All these attractions were outstanding, and we were impressed how clean the downtown was kept. We’ll be back soon to play the Freedom Course at Falcon Crest! 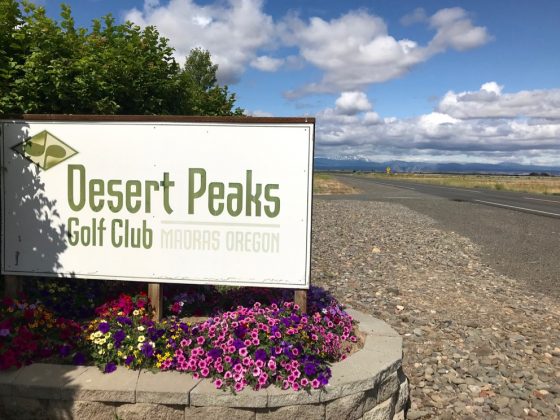 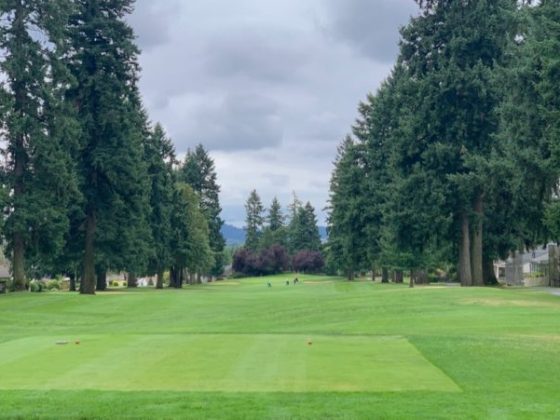 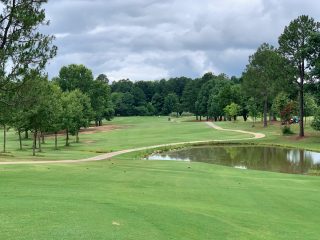 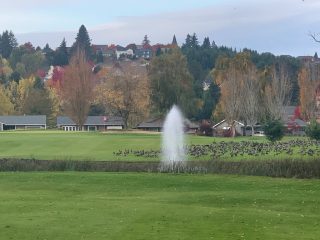 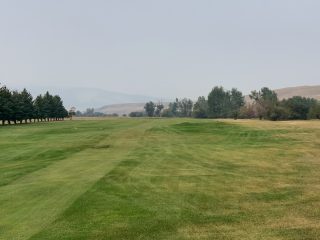